RTA Funding Could Buy All Their New Riders New Cars, And Pay For Their Fuel and Insurance To Boot!

The new Regional Transit Authority of Southeast Michigan is out today with their transportation master plan to soak taxpayers in Macomb, Oakland, Washtenaw, and Wayne Counties for another $ 3.3 billion in property taxes over a 20 year period.

Let’s have some fun by subjecting the new RTA regional mass transit plan to some real, pre Common Core, mathematics.

END_OF_DOCUMENT_TOKEN_TO_BE_REPLACED

The 'other' definition of "force" once again rears its ugly head.

The logical conclusion to an over applied nanny state is the use of violence to prevent one from hurting oneself.

The Stings are on.  Grants to step up ‘enforcement’ (key use of words here) have been doled out. Click on Detroit says:

The Macomb County Sheriff’s Office will be participating in a mandatory seat belt enforcement grant beginning May 23-June 5.

Take the money, or else.

Indeed.  Click it, or we’ll put a gun to your head to save your life.  As Michigan goes into the high travel Memorial Day weekend, the stage is set once again to punish those who tempt fate by not strapping in.  In Macomb County they want to do it the nice way:

Extra patrols start Monday and continue through June 5 as part of the latest “Click it or Ticket” campaign, targeting motorists who are not wearing seat belts.

“Our primary goal is always to encourage voluntary compliance with the law. For those drivers who do not comply, our deputies will deliver warnings or issue violations as the circumstances dictate,” Macomb County Sheriff Anthony Wickersham said.

END_OF_DOCUMENT_TOKEN_TO_BE_REPLACED

There are more pressing issues than who uses what bathroom. Let t he free market sort it out.

I get the feeling that many people are worked up about this restroom issue…*sighs*.  It’s become a huge issue for many people.  It really is a war that the Government started and doesn’t belong in.

North Carolina awoke a sleeping bear that has been around for decades.  I hear many transgendered individuals have been using the public restroom of their sexual identity for decades now…mostly without concern or controversy.  Why is there suddenly attention to this issue?  Ask North Carolina.

My take?  This isn’t an issue that concerns government.  It concerns private property owners and their rights — and the rights of consumers to freely associate/shop where they wish, for any reason they wish.

So, Target allows people to use the restroom of the gender they identify with.  If you aren’t comfortable shopping at Target because of that, that’s fine.  Go shop elsewhere.  You can even tell Target why you will no longer shop there, if you wish.  Want to start a boycott of places like Target?  I support your right to do that as well (note: supporting one’s right to do something is different than supporting them doing it — there is a distinction).

What if you want to boycott businesses that have segregated restroom policies?  I support your right to do that as well.

What I cannot condone or abide is you using the guns of government to force your will onto other private people and businesses.  Any time you pass a law, you are sending out a man with a gun who is willing to steal and/or kill (if necessary) to enforce it.

Logically, most restrooms have stalls as well as urinals (men’s rooms).  When you’re in an opaque stall, what does it matter to you what’s between the legs of the person in the private next to you?  Can they see you while you’re doing you business?  No, not unless they are peaking under the stall..in which case the store management might want to remove that person (regardless of gender identity).

Some people say, “I don’t want to share a bathroom with some sexual pervert.”  Just because a person has a different gender identity than the one they were born with, does that make them a pervert?  If it does make the person a pervert, would you rather this person go to the restroom of the gender they were born with and be around your sons, daughters or other loved ones?

Food for thought, I just wish people would focus time having debates that matter more like: the debt of the US Government, the Quantitative Easing policies (read: printing funny money) of the US Federal Reserve, endless world policing and war mongering…or any of a number of other issues that will drive our country to certain financial ruins.

It is clear that the first gent of Obama-for-America fundraiser Julianna Smoot is sure of his impending primary success.

The race between Lon Johnson-Smoot, and (a guy who actually lives in the district) Jerry Cannon might have been a bit more balanced, but for a December car accident that temporarily put into question the retired General’s ability to campaign.  Any recent uptick in Cannon’s perceived chances are apparently not preventing Lon Johnson-Obama-Smoot from tying up the airwaves just before the general election in late October.

The guy who has a cabin-in-the-woods-for-residency has purchased several thousand in TV ads in Marquette already as reported to the FCC.  Cash money already spent

END_OF_DOCUMENT_TOKEN_TO_BE_REPLACED 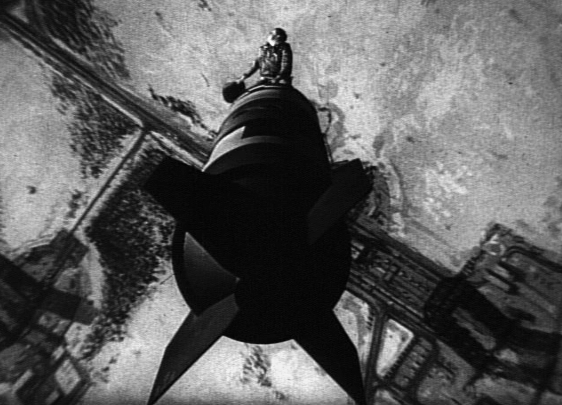 I spend the better part of each day talking to brave souls around the country who are deep in the trenches of the state sovereignty movement. It is truly a breathtaking and awe-inspiring experience hearing from the patriots on the front lines. I hear war stories from the boots on the ground in the great, animated contest of freedom vs. tyranny everyday.

I am both honored and humbled to be in the position to relay this urgent message, and sound the clarion call of liberty upon the masses. It is with a very heavy heart that I deliver the following report to you.

I will not mince words about what I have heard from these warriors. It is a grizzly sight. Everyone is in pain. I hear about tragedies from every corner of the nation. I see what lies beneath the mask of the federal Hydra, and it is beyond the pale. Sometimes, I feel like I need to bathe in holy water after a day’s work.

It is truly horrific to bear witness to the machinations of the beast system as it manifests itself upon God’s kingdom, and savages the greatest country the world has ever known. Watching it slowly snuff the life out of the American dream, as every American value is demeaned and debauched upon unimaginable lengths is gutwrenching. The darkness has enveloped us. The avalanche of tyranny has descended upon us.

END_OF_DOCUMENT_TOKEN_TO_BE_REPLACED

Lawmakers will come up with enough dough to settle this temporary matter.

There is a $460 Million unexpected shortfall in the Michigan Budget.  The Free Press reports:

The budget gap is the combined result of a revenue shortfall of about $330 million for the 2016 and 2017 fiscal years, plus higher Medicaid caseloads that are expected to cost the state about $130 million more than estimated, Budget Director John Roberts told journalists after the conference at the Capitol.

The added strain comes as the Legislature is already grappling with tens of millions of dollars in extra spending requests related to the Flint drinking water crisis and a major financial rescue that’s proposed for the Detroit Public Schools.

Gee, we never saw that coming.

Take a good look at the picture below.

He’s going to factor heavily in this post (and more importantly, what YOU can do to protect your pocketbook).

END_OF_DOCUMENT_TOKEN_TO_BE_REPLACED

Are Bailouts The Right Answer for DPS?

The Michigan House just voted to give the Detroit Public Schools a $500 million bailout and the State Senate wants to give $800 million.

104th State Representative and incumbent Larry Inman explains it away as a necessary evil. He suggested on the Ron Jolly radio program Wednesday morning, that lawyers warned house leadership that if they didn’t do something, the courts would take over, and it could be far worse. He referenced the Michigan constitution, and its requirement on the legislature to provide funding for the schools.

My guess is that he did not ask the question of the attorneys advising the house “what might happen if every school district subjected the taxpayers to the same challenge?”

END_OF_DOCUMENT_TOKEN_TO_BE_REPLACED

Yesterday, the Oakland County GOP Executive Committee (EC) met for the first time since the delegate allocation count was slaughtered by the arbitrary dictate of Chairwoman Theresa Mungioli. This meant that 503 spots were cut for the August 2016 election, and now hundreds of engaged delegates are going to be disenfranchised during an important Presidential election year. The people who will be tasked with ensuring Republican victory in November have been effectively slapped in the face.

END_OF_DOCUMENT_TOKEN_TO_BE_REPLACED

Why would we expect anything else from the party of Clinton?

Democrats have been screaming about Republican leadership’s failure on the Flint water issue.

While we have no overreaching love for the governerd, who brought us expansion of Obamacare, lost our insurer of last resort, broke the law for his ‘roads’ funding boondoggle, and still hands out money like its not his own, it was not Rick Snyder who put lead in the pipes of Flint.  He took credit for the failure of his bureaucracy to properly assess a fast developing public health issue, but he surely did not cause the problem.

Was it the bureaucracy itself?  Yes.  Decades of poor decision making by those who have by hook or crook made their life’s work to be the decimation of ‘Buick City.’  Poor planning and perhaps a little power mongering graft?  From Reuters:

“Henderson’s lawsuit alleged that Mayor Karen Weaver ordered her assistant and a volunteer to redirect donors from a local fund set up to help families affected by the water crisis to her political action committee instead.

The lawsuit charged that the city employee was “specifically directed” to instruct people “step-by-step” to donate to the mayor’s “Karenabout Flint” fund through its website, rather than the Charity Safe Water/Safe Homes fund through the city’s website.

END_OF_DOCUMENT_TOKEN_TO_BE_REPLACED

I am failing to see where this is a problem?

Laura Cox Reveals Herself as Enforcer of the 2020 Stolen Election in Jan. 6 Committee Testimony