From the Detroit Free Press‘ 138 photo collage of rioters in Detroit’s Greektown neighborhood yesterday, 30 May 2020.  Photo 113 of 138. Some in Michigan have memories that extend beyond 45 days.  Will our deceitful Governor have anything to say about protesters who genuinely embrace Hitler?  Or her lying tool Susan J. Demas? You Betcha!…

END_OF_DOCUMENT_TOKEN_TO_BE_REPLACED

At least she knows when the storm's a comin.
https://rightmi.com/thank-you-u-s-attorney-general-william-p-barr/ #RightMi

Interesting perspective.
The author might say "Change my mind"

We repeat. No Bailouts. 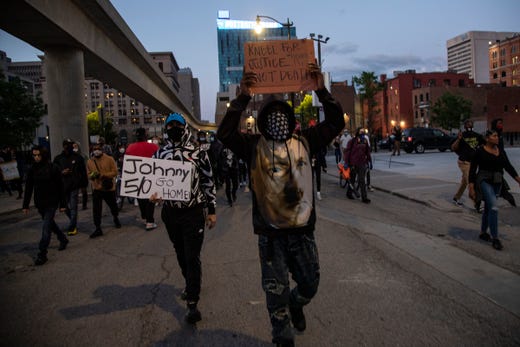 “That women from Michigan” is nasty, totally incompetent and, completely detached from reality with being deeply mired in her unAmerican…

END_OF_DOCUMENT_TOKEN_TO_BE_REPLACED

Monday's Divertere: Is That So?

END_OF_DOCUMENT_TOKEN_TO_BE_REPLACED

From the Detroit Free Press‘ 138 photo collage of rioters in Detroit’s Greektown neighborhood yesterday, 30 May 2020.  Photo 113…

END_OF_DOCUMENT_TOKEN_TO_BE_REPLACED

From my inbox (For those who are en route or considering attending): “We will not be associated with political terrorism…

END_OF_DOCUMENT_TOKEN_TO_BE_REPLACED

And WE are considered the dangerous ones?

All I’ve got to say is, “WOW! What a difference 48-hours makes.” Rather than waste my time focusing on a…

END_OF_DOCUMENT_TOKEN_TO_BE_REPLACED

This story is certainly getting very little attention across Michigan.

I just cannot imagine why?

After living large from the public trough for decades, using the same pubic treasury to pay hush money in order to avoid embarrassing behavior from the public spotlight, money from the public treasury going to businesses that have bought off city council votes and getting a disproportionate share of a myriad of breaks and special carve-outs from Lansing during all that time (and I’m just starting here), Governor Snyder is going to play the crony capitalist game one more time and put Michigan Taxpayers on the hook again.

END_OF_DOCUMENT_TOKEN_TO_BE_REPLACED

John 20 Early on the first day of the week, while it was still dark, Mary Magdalene went to the tomb and saw that the stone had been removed from the entrance. 2 So she came running to Simon Peter and the other disciple, the one Jesus loved, and said, “They have taken the Lord out of the tomb, and we don’t know where they have put him!”

3 So Peter and the other disciple started for the tomb. 4 Both were running, but the other disciple outran Peter and reached the tomb first. 5 He bent over and looked in at the strips of linen lying there but did not go in. 6 Then Simon Peter came along behind him and went straight into the tomb. He saw the strips of linen lying there, 7 as well as the cloth that had been wrapped around Jesus’ head. The cloth was still lying in its place, separate from the linen. 8 Finally the other disciple, who had reached the tomb first, also went inside. He saw and believed. 9 (They still did not understand from Scripture that Jesus had to rise from the dead.) 10 Then the disciples went back to where they were staying.

END_OF_DOCUMENT_TOKEN_TO_BE_REPLACED

We need to laugh once in a while.

Having a race on the other side of the fence makes it SO MUCH EASIER for true Conservatives to prevail.

Out of four candidates, there are two conservatives in this race.

What happens when an overreaching state or federal government entity hassles a former military veteran just trying to make a living for his family? They use the power of big government as to shut down the family farm.

My fellow citizens of Michigan and around these United States this has to and must stop and stop now! Just look at what is going on in Nevada with that cattle farmer as but another example.

Politicians at both the state and federal levels and in this case are the ones that have gone “hog wild” aka big government out of control.

The two cases Mark Baker of Bakers Green Acres and the Michigan Department of Natural Resources along with Cliven Bundy and the U.S. Bureau of Land Management bring to light the need for a less intrusive government at both state and federal levels.

END_OF_DOCUMENT_TOKEN_TO_BE_REPLACED

Interesting to note that the moneybag behind Common Core, and also employes this Barb Byrum orchestrated circus sideshow, has now taken “freedom” to the propaganda level of others having to “get their mind right” or, be crushed under a well-heeled wood shoe.

END_OF_DOCUMENT_TOKEN_TO_BE_REPLACED

MDOT’s latest effort at abject buffoonery? Click HERE. What crap. Did you count how many union scale jagoffs were standing around with their prevailing wage shovels in their hands? Ya, I did too. Look, it’s no secret that the real waste within MDOT is the layers of bureaucrats who are more interested in their job security than with accountability of our tax dollars squandered so as not to upset organized labor. What has been The Left’s agenda? Raise minimum wage. Who benefits most from raising the minimum wage? Public sector unions. What has MDOT done to modernize its operations? Not a damn thing other than make damage control propaganda wasting more of our tax dollars instead of fixing roads.

Screw ’em. Not another penny in fuel tax and registration fee hikes. Automate their jobs too.

We all are aware of the "quantity" of pothole repairs facing us after a hard Winter, but I would like to focus… http://t.co/T7DSv8Vk9l

The Kiwis have been doing this since 1985, folks…

Okay, for those of you you didn’t have the chance to attend one of the rallies scheduled across Michigan, I’ve posted video below from Saturday’s AFP Tax Day Rally at Schoolcraft College in Livonia (H/T KG Two).

All in all, the video I saw was interesting and informative.

Congressman Bentivolio was there meeting with attendees as they arrived, unfortunately they didn’t have him speaking to the group as a whole during the event.

Michigan State Senator Patrick Colbeck was there and gave a short speech about himself, his term in office and some of the shenanigans various groups, whom I strongly suspect were affiliated with The Center for Michigan, pull on incoming legislators.

WJR Air Personality Frank Beckmann was next. What I personally found curious is how his style in front of a live audience is subtly (but definitely noticeably) different than when he is on the air. He really needs to adopt the latter when he is on ‘JR.

Next was Town Hall Contributor and WIBC Indy Air Personality Tony Katz. Cigar quips aside, I had enjoyed his portion more than Beckmann’s, especially with his take on direct taxation and its history. Nothing against rooting for the “hometown” guy, he was just more interactive with the audience (with apologies to Aretha Franklin).

Bill McMaster was also there meeting with those attending, but he didn’t speak before the group either.

END_OF_DOCUMENT_TOKEN_TO_BE_REPLACED

Monday’s Divertere: Is That So?

And WE are considered the dangerous ones?